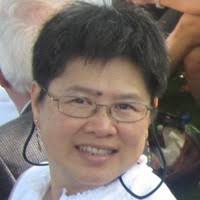 Lydia Lowe is a Boston-based activist who works as co-director of the Chinese Progressive Association (Boston).

In the early 1980s, Lydia Lowe was a student at UMass Boston and active in the East Coast Asian Student Union/New England.

Lowe is a former member of two pro-Beijing Marxist-Leninist groups I Wor Kuen and the League of Revolutionary Struggle. When the League dissolved in 1990, Lowe joined its successor the Unity Organizing Committee, which largely worked inside the Democratic Party.

Today, Lowe is a member of several organizations in the orbit of the pro-China Freedom Road Socialist Organization, including Right to the City Boston and LeftRoots.

For more than twenty-five years, Lydia Lowe has been part of building the Chinese Progressive Association (Boston), a grassroots organization that works for “full equality and empowerment of the Chinese community in Greater Boston and beyond.” During her tenure, Lydia Lowe co-founded CPA’s Workers Center for “immigrant workers to organize for their rights, secured bilingual job training for displaced garment and electronic workers, helped tenants preserve more than a thousand units of affordable housing, and secured bilingual ballots for Chinese and Vietnamese speaking voters in the City of Boston.”

Lowe and her organization were supporters of Jesse Jackson‘s Rainbow Coalition in the 1980s, which helped gain more influence in the Democratic Party. 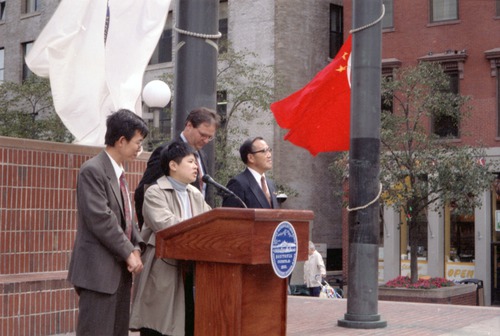 Lydia Lowe at the podium.

Several members of her organization also celebrated the New Year in December of 2015 at the Chinese Consulate.