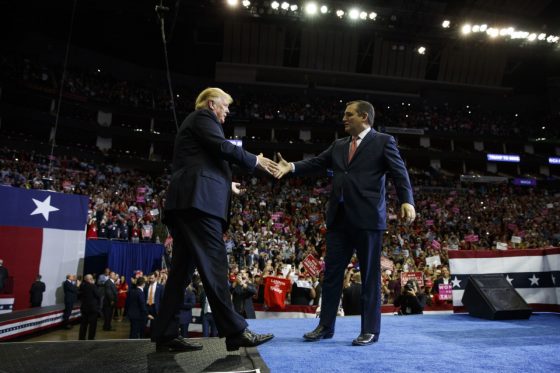 After watching the rally put on by President Trump for Ted Cruz in Texas, the left should be afraid… very afraid. The massive MAGA event looks to me like a preview of the upcoming election in 2020 and if it is indeed an indication of that, it will be a landslide victory for Trump.

Tens of thousands of enthusiastic Trump and Cruz supporters descended on the Toyota Center in Houston last night. The venue holds 18,000 from what I understand. And over 100,000 signed up for the event. They had to mount jumbotrons outside for the masses. Now that’s what I call a crowd!

Not only did people come from every corner of Texas for the event… they came from as far away as California as well. Trump’s rallies are not just the run-of-the-mill political rallies. They are much more than that to his supporters. They are a rallying call for a second American Revolution, a secular Great Awakening as The Federalist put it.

“These courageous Texas patriots did not shed their blood, sweat, and tears so that we could sit at home while others try to erase their legacy, tear down our history, and destroy our proud American heritage,” Trump said.

The rally was to support Texas Sen. Ted Cruz in his re-election bid against Democratic challenger and media leftist rock star Beto O’Rourke. O’Rourke has raised millions to beat Cruz and still lags considerably in the polls. Trump campaigning for Cruz is the icing on the cake here. Senator Ted Cruz was terrific as always and looked like he was having the time of his life.

But while they were at it, the rally definitely looked like a dress rehearsal for 2020 and it must have the left terrified.

The Federalist left no doubt as to what this rally portends:

His supporters are up for it. The crowds began gathering here about 10 a.m. Sunday morning, and by sundown nearly 100 people had staked out their spot in line. They slept upright in chairs or on air mattresses laid out in the open. A few of them pitched tents. By Monday afternoon, the blocks surrounding the arena were a swirling mass of humanity decked out in Trump gear and American flags.

The streets, cordoned off into elaborate lanes, were lined with dozens of private vendors hocking Trump gear to the passing throngs. Camera crews from all over the world darted through the lines in search of the most flamboyant Trump fan they could find, and there were plenty. What seemed like an army of Houston police kept a relatively small band of protestors in their designated space, far from the arena.

By the time Cruz and the other speakers had come and gone, and Trump took the stage, it was obvious what the purpose of the rally was. In his meandering riff of a speech, Trump left no doubt: “This will be the election of the caravan, Kavanaugh, tax cuts and common sense.” 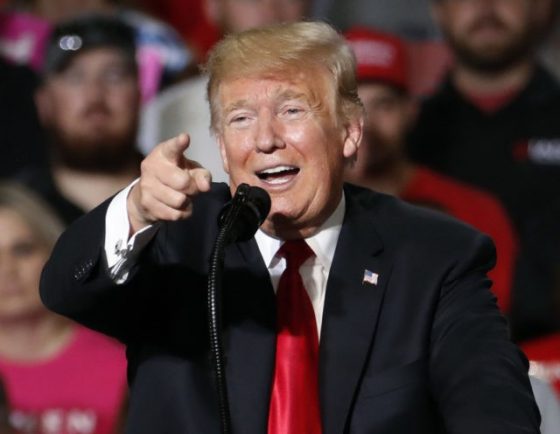 The caravan of illegal immigrants heading towards our southern border is nothing less than an invading force. I’ve heard numbers ranging between 7,000 and 14,000 and there are some very bad hombres in the mix. There are rumors they are being paid as well and that they are being transported.

The caravan is an electoral gift to Trump. The left is just that dumb. It will only strengthen Trump’s stance on the wall and the border. And if he has to send in the military, Americans will back it all the way. Mexico and these other countries should be sanctioned over this. I view it as not only an act of aggression but an act of war.

From The Daily Wire:

“You know how the caravan started? Does everybody know what it means? I think the Democrats had something to do with it, and now they’re saying, ‘I think we made a big mistake.’ Because people are seeing how bad it is. How pathetic it is,” Trump said. “That is an assault on our country.”

Kavanaugh also worked in Trump’s favor. The disgraceful way that Justice Kavanaugh was treated during the hearings will not soon be forgotten by Americans and there will be political blowback over it. It’s almost as if the left wants to lose here and they are doing an excellent job of just that.

As for tax cuts, Americans will love Trump even more if he keeps cutting taxes. People are not so much listening to President Trump as they are watching what he is accomplishing and they love what they see. Despite what you hear from the leftist media, Trump is truly loved out there as a president. Americans get a kick out of him and they love a fighter. 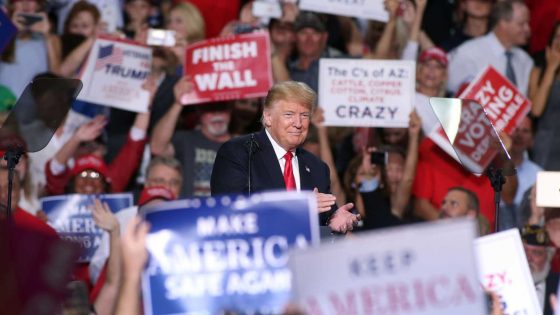 Trump also spoke of nationalism last night and put it in perspective. “There’s a word you’re not supposed to use anymore, it’s called a nationalist. You know what I am? I’m a nationalist.” I think that’s pretty clear and ‘nationalist’ was made a dirty word by the left, equating it with Nazism.

I see nothing wrong in patriotism which is just another form of nationalism. Nationalism is a political, social, and economic system characterized by the promotion of the interests of a particular nation, especially with the aim of gaining and maintaining sovereignty (self-governance) over the homeland. Sounds a lot like what the Founding Fathers also believed in. Globalism has been detrimental to this country. We should deal globally, but put our own country first. Not only in economics, but in every aspect of our nation.

“Radical Democrats want to turn back the clock. Restore the rule of corrupt, power-hungry globalists,” Trump said. “A globalist is a person that wants the globe to do well, frankly not caring about our country so much. And, you know what? We can’t have that.”

“We are Americans, our hearts bleed red, white and blue. We are one people, one family, one glorious nation under God!” said President Trump. Many in attendance last night said that is the nationalism we need. And it is… we are Americans and it’s time we started acting like it again. We are not Europe and we are not communists. Those people at that rally last night are patriots.

Cruz is solidly behind Trump for 2020: “Cruz also buried the hatchet. Taking the stage to introduce Trump, Cruz said: “In 2020, Donald Trump will be overwhelming re-elected as President of the United States. I am honored that President Trump is here endorsing and supporting my campaign, and I look forward to campaigning beside him in 2020 for his re-election as President of the United States.'”

While Marxist O’Rourke can barely get people to show up, Trump and Cruz had tens of thousands rallying around them. Texas Ted will be re-elected and Trump began his re-election bid last night… Texas style. 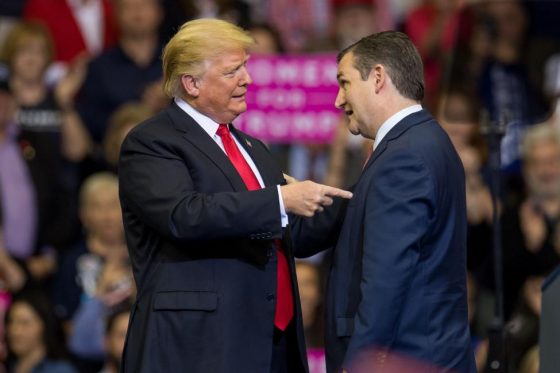 Reading your article, Mrs. Monroe-Hamilton, I suddenly had an epiphany: I will travel the U.S., being a European who has never crossed the “pond” so far, in the late summer and autumn of 2020! I definitely want to be a time witness, so to speak, of President Trump’s triumphant re-election in 2020! It’ll be an enormously important time, not only for America, but for the world – and I want to be part of it!!!