Calling All Christians From The Road To The Midterms! 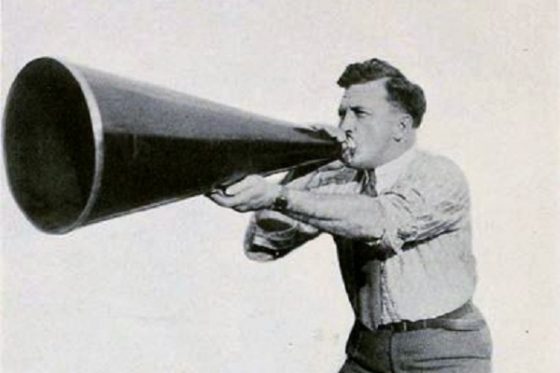 Hello Folks. Lloyd Marcus here checking in from Nevada. Weeks ago, my wife Mary and I flew to the midwest to join the Conservative Campaign Committee to campaign for various Republican house and senate candidates. Our team spends tons of hours on the road traveling in an SUV.

After eight hours on the road, we had to pull over on the side of the highway because our SUV malfunctioned an hour outside our Nevada destination.  The thought of waiting for a tow truck was not fun.  We prayed for God’s help.  Our vehicle was fine, and we made it safely to our hotel.  Praise God!

This is crunch time, folks.  Our CCC team is extremely busy monitoring and analyzing how best to impact each race.

I believe that the Democrats’ insidiously evil slander of Brett Kavanaugh was their jump-the-shark-moment.  Democrats’ assault on Kavanaugh was so over the top that it finally opened the eyes of many Americans about leftists’ willingness to destroy anyone who threatens their anti-Christian, anti-innocent baby, and anti-America agenda.

With less than two weeks before the midterm elections, it is all hands on deck.  I am pleasantly surprised that even Christian TV shows are telling viewers that if they do not want the Democratic Party angry mob in power, they had better vote Republican.

President Trump is doing an awesome job at his rallies firing up Americans to vote.  That is wonderful.  But folks, we still must follow through, getting every registered Republican voter to vote.

American historian Dr. David Barton gave these shocking stats.  In off-year elections since 1980, only 67% of Americans are registered to vote.  Only 39% actually vote.  That means that only 26% of adults will vote in this election.  The winning candidates will be selected by half of that, which is 13%.  Since 1980, only one out of eight Americans chooses our U.S. senators, representatives, and governors.

Dr. Barton shared about a northwest Arkansas woman who opposed Obama’s mandate that boy and girl students share the same locker rooms and restrooms.  She ran for the school board.  In a town of 40,000, she won with a majority of 35 votes.  Every vote counts, folks.

Dr. Barton said if the 72% of Americans who profess to be Christians would vote, we could turn our country around in a heartbeat.

Folks, our country is at a tipping point.  It is disturbing that over 70% of college students believe that socialism is morally superior to capitalism.  Our youths have been indoctrinated since kindergarten into believing that America was founded upon evil and is the greatest source of evil on the planet.

Trump is a gift from God, providing a remarkable opportunity to get our nation back on track – restored as the shining city on a hill.  Trump is also touting and standing up for the goodness of America.  Evil forces will seek to stop our nation’s restoration if the Democrats take control of the House.  We Christians and patriots have a responsibility to vote.

Our PAC is funded by individuals around the country rather than major donors.

Candidly, as Mary and I travel the country with the Conservative Campaign Committee, we truly believe we are on a mission from God!  We feel happy, grateful, and blessed to be a part of restoring America.