By: Cliff Kincaid | Accuracy in Media 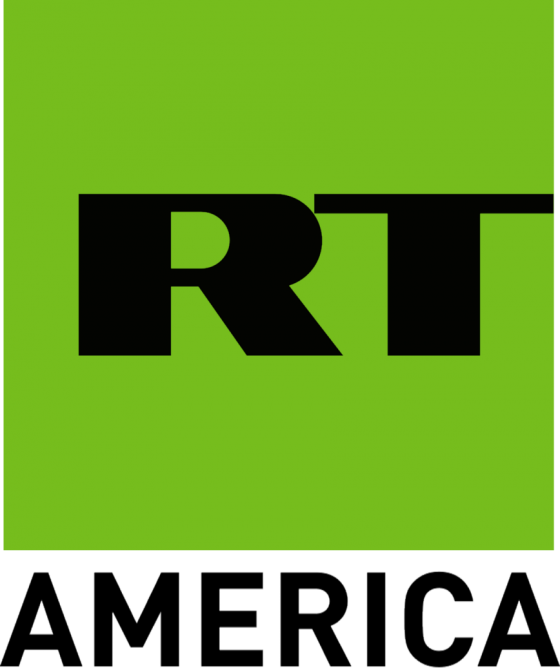 One of the more newsworthy aspects of the Democratic Party’s turnabout on Russia has been the introduction by Senator Jeanne Shaheen (D-NH) of a bill to investigate Russian propaganda outlet RT (Russia Today) as a foreign agent. In fact, broadcaster Jerry Kenney had filed a complaint with the U.S. Department of Justice back in 2011 alleging that RT and Al Jazeera were both violating the Foreign Agents Registration Act (FARA) by not disclosing in their propaganda broadcasts that they are agents of foreign powers.

Kenney told us, “Shaheen’s sudden concern about foreign influence operations rings a little hollow to me. Her bill seems more like a political prop to keep alive the fake news story of a Russia-Trump unholy alliance. It is a fake bill to perpetuate fake news.” He added, “As far as I know, the Department of Justice has all the tools it needs to enforce FARA. What it hasn’t had, at least under Obama, was the will to enforce it.”

Accuracy in Media has noted that RT hosts Thom Hartmann and Ed Schultz are not Trump supporters or conservatives, but in fact are progressives connected to the Democratic Party. Schultz used to work for MSNBC.

In a brief interview I had with Hartmann, he refused to say how much the Kremlin paid him for his show on RT, “The Big Picture.” He then grabbed my camera.

In a January 19 article, we noted that AIM has published literally dozens of stories over the years about RT’s service to the Moscow regime. We asked, “So why didn’t the Obama Justice Department act on TV producer Jerry Kenney’s complaint that RT should register under the Foreign Agents Registration Act and be labeled as foreign propaganda? That’s what the law requires.”

The answer is that RT didn’t become a problem for the liberals and the Democrats until they perceived that Moscow’s agents had deserted their cause, and that the Russian angle could be used for partisan political purposes against Republicans.

In that AIM article, I also noted that the Federal Election Commission (FEC) dismissed my well-documented 2012 complaint about RT’s open support for libertarian Ron Paul in the 2012 Republican presidential primary. We cited evidence that RT was funded by the Kremlin and prohibited under law from intervening in U.S. elections. The FEC dismissed the complaint, saying RT was a legitimate press entity and a U.S. corporation with First Amendment rights.

Where was the outrage over that ruling?

The stated purpose of the Shaheen bill, the Foreign Agents Registration Modernization and Enforcement Act (S.625), is “to preserve the integrity of American elections by providing the Attorney General with investigative tools” to crack down on foreign agents who unlawfully influence our political process.

“We have good reason to believe that RT News is coordinating with the Russian government to spread misinformation and undermine our democratic process,” said Shaheen. “The American public has a right to know if this is the case.”

The American public who have been reading AIM already know. Plus, RT once aired its own video showing Vladimir Putin reviewing its broadcast operations in Moscow.

It’s no secret that RT is Moscow-financed and run.

Kenney commented, “Now that the Democrats have lost the White House, Shaheen is shocked to see that foreign influence operations are going on here. Where has she been for the last few years as Obama’s DOJ refused to investigate Vladimir Putin’s Russia Today, Qatar’s Al Jazeera and Communist China’s CCTV (China Central Television)?”

Kenney notes that these foreign propaganda operations are packaged as “news” and have been airing on 30 taxpayer-supported public educational TV stations via the MHz Network Worldview, a network offering “international news and entertainment” in English. “To my knowledge, these ‘news’ channels still have not registered or published disclosures as required by FARA, even though there is ample evidence in the public domain that they are actually foreign government propaganda operations,” he says.

If Shaheen is so concerned about foreign influence, he went on to say, “why didn’t she do something to stop the FCC’s recent rule change that fast tracks 100 percent foreign ownership of America’s radio and TV broadcasters? In all fairness to Senator Shaheen, the Republicans didn’t oppose it, either.”

Kenney said that if the politicians in Washington are really serious about foreign influence operations in the U.S., they could veto the new FCC rule by using the Congressional Review Act.

The Shaheen bill has only three co-sponsors, with one, Senator Todd Young of Indiana, a Republican. Young’s involvement as a Republican fellow-traveler makes it a piece of “bipartisan legislation.”

If Shaheen is serious about exposing RT’s ties to Russia, perhaps she could ask fellow progressive Thom Hartmann to provide testimony about RT, including the facts and figures about his Moscow funding that he won’t talk about publicly.

It would be easy enough for him to show up at a Senate hearing. His “Big Picture” program is filmed live and broadcast from the RT America studios in Washington, D.C.

Cliff Kincaid is the Director of the AIM Center for Investigative Journalism and can be contacted at cliff.kincaid@aim.org. View the complete archives from Cliff Kincaid.

When Ted Koppel Was A Serious Thinker